I find symbolism fascinating. Perhaps that’s the reason I became interested in the subject of metaphor and maybe that’s why I like the tarot too.

Not that I believe

I can tell the future or anything, but I love the way the symbols can mean so many different things to different people.

There’s really no end to the many ways the pictures can be interpreted and I’m intrigued by the mystery that surrounds the cards.

No one knows for sure where or when or why they originated but they can be traced back at least as far as the mid 15th century and seem to have found their way to Europe via Egypt and Italy. It’s believed they started as a set of playing cards but over the centuries they’ve become many different things to different people.

END_OF_DOCUMENT_TOKEN_TO_BE_REPLACED 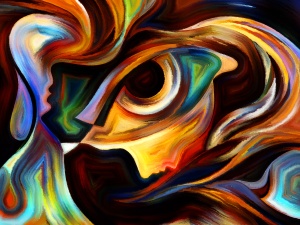 “Life does not consist mainly, or even largely, of facts and happenings. It consists mainly of the storm of thought that is forever flowing through one’s head.”

On the surface it might seem like nothing more than a saying that we use use to let others know how busy we are, but when you think about it, it actually goes much deeper than that.

For many of us it seems quite normal to treat time as a precious commodity that mustn’t be wasted. For some there’s a sense of guilt if every day isn’t filled with useful enterprise. We’re very aware that our time is limited and there’s much that needs to be done. There’s just not enough hours in the day at times.

But is this actually the case?